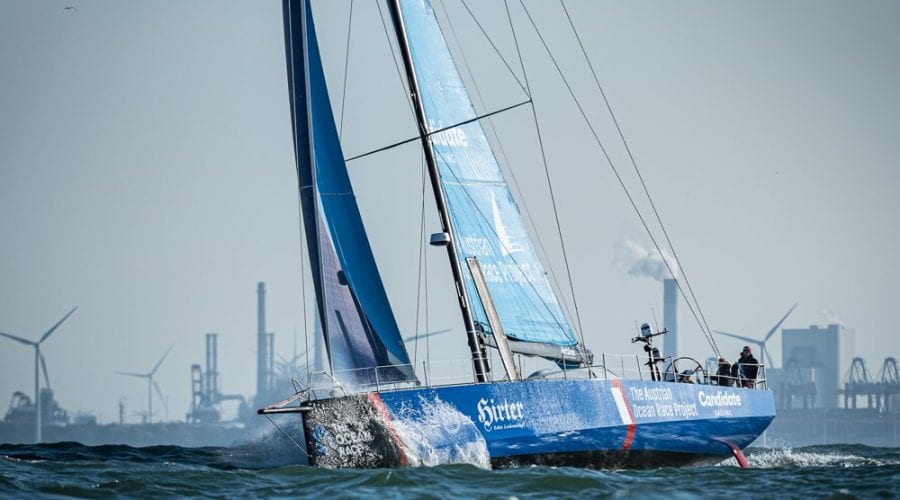 Here is an introduction of Volvo 65 Sisi, the boat of The Austrian Ocean Race Project. The team exists of young and ambitious international sailors – with an Austrian core – united by their passion for big boat sailing. Their big goal is to participate in the Ocean Race 2021-22, for which they have purchased the former Vestas 11th Hour Racing, a VO65, which has already competed in the Volvo Ocean Race twice.

In October 2019 the Austrian Ocean Race Project launched its campaign for The Ocean Race with the christening of its VO65 race boat at a ceremony in Portopiccolo, in the Gulf of Trieste in Italy. It is the first time in the history of the world-renowned race that an Austrian team attempts to participate in it.

The team exists of 10 enthusiastic professional (young) sailors who sail or have sailed in the Austrian Bundesliga, the Champions League, the Youth America’s Cup, the Olympic Games or in the world championships of various classes. There are several specialists involved in the project that are responsible for sustainability, meteorology and legal affairs. Furthermore, the project has a medical-, marketing-, boat- and management team. So you will be part of a well-organised sailing project.

Sisi sailed the Rolex Middle Sea Race in October 2019 with a team divided into 3 shifts under the lead of skipper Christian Kargl and Konstantin and Oliver Kobale. After 27 sail changes, and 3 days and 20 hours, she crossed the finish line as the 10th ship out of 120 participants. In her class, Sisi became 7th and was the first VO65 to finish in the Rolex Middle Sea Race, just behind Line Honours Winner and record holder Rambler 88.

On Sunday, 24th November 2019, Sisi started at the ARC Transatlantic Rally for Cruisers in Las Palmas Gran Canaria. For Sisi and her crew under the lead of skipper Gerwin Jansen and sailors Konstantin and Oliver Kobale, this was the first Atlantic crossing under Austrian flag. Annemieke Bes, who participated in the Volvo Ocean Race 2017-18 with Team Scallywag, also supported the team on board. With moderate conditions in the first week and somewhat rougher conditions in the second week, Sisi roared along on the long Atlantic waves.

Sisi had an excellent start on the 24th of February 2020 in the RORC Caribbean 600. She was one of the first to cross the start line and started the race in a leading position. The first upwind leg was extremely demanding for the Austrian boat under skipper Gerwin Jansen. Above all, the light wind conditions were a problem for the crew. Despite all this, the team was able to round out the first mark north of Antigua as 4th. A long half wind leg followed, which ended in a wind hole before the second mark. Others caught up and sailed around the wind hole. The second mark was rounded being 11th.

Throughout the night the team worked hard on the boat performance and pushed the boat. A match race was held with the Volvo 65 of the Polish team. The next morning the team faced another wind hole and Sisi’s team stood stern to tail with Wizard, I love Poland and three other racers. Finally, they were able to free themselves. The yachts in the front came out of this quite well. They were able to take a huge lead over the yachts that were still stuck in the wind hole. Another battle began. Sails were constantly changed in order to get the best performance with every course and wind change.

The rounding at Anguilla on the evening of the second day brought rain and wind of around 20 knots. Sisi was in her element and a half wind leg with top speeds of around 25 knots followed. In the lee of Guadeloupe, the team improved their place in the field by taking over two boats. Finally, they finished as the 6th yacht around noon on the 3rd day.

For all those who want to take part in the adventure, there is the possibility to join for races, deliveries and open trial days. 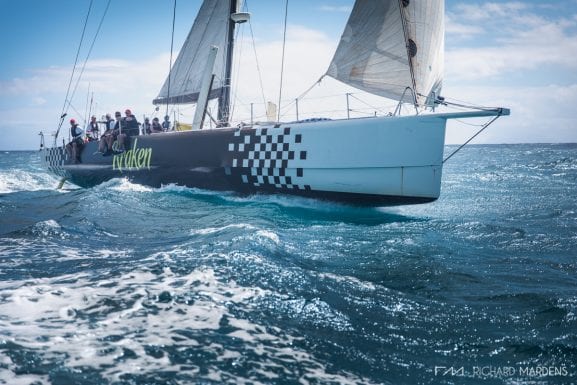 Unfortunately, we have had to make the extremely difficult decision to postpone the sailing and racing program of Volvo 70 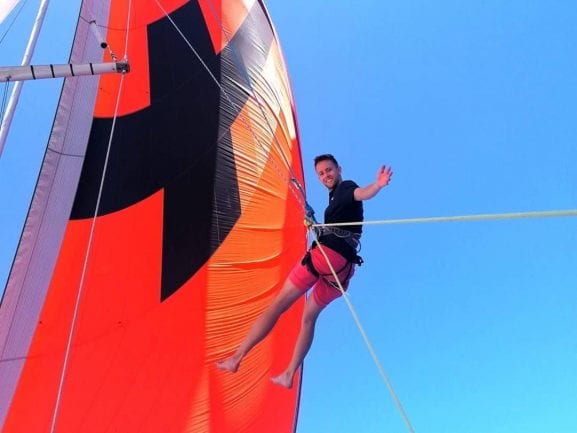