Day 1: Ocean Gem became 3rd on handicap (2nd across the line) with 15 knots of breeze that built to 22. Stronger conditions were forecast for the final day of the regatta.

Day 2: 3rd and 3rd overall in the QLD Beneteau Cup. Ocean Gem missed out on the line honours trophy on the 2nd day by 25 seconds after 3 hours of racing. Well sailed by Ocean Gems crew in really challenging conditions.

Ocean Gem competed for the 5th year in a row. In the last 4 years, they achieved to take line and/or handicap honours three times.

An exciting 2 day State regatta on Moreton Bay. Competing for the 5th year in a row and a force to be reckoned with after taking out line and/or handicap honours in 3 of the last 4 years, this exciting 2-day regatta is one of Ocean Gem’s favourites. Its actioned pack from start to finish with 2 x 8 leg races across the 2 days on Moreton Bay.

Ocean Gem is a 45-foot yacht for the ocean sailing adventure of a lifetime. Whether its a 600nm ocean passage down Australia’s East Coast, a 200 yacht regatta around the Whitsunday Islands, the Rolex Sydney Hobart Race, a Tasman Sea crossing or circumnavigating Tasmania, why not join Ocean Gem as a paying crew member in one of the limited spots available for each adventure. Find out more about offshore sailing onboard Ocean Gem. Check out the crew testimonials to see what others have to say about their adventures onboard Ocean Gem. Come ocean sailing!

Find out more about Ocean Gem

We hope to see you soon on board Ocean Gem

Yes, I show my interest or make a booking! 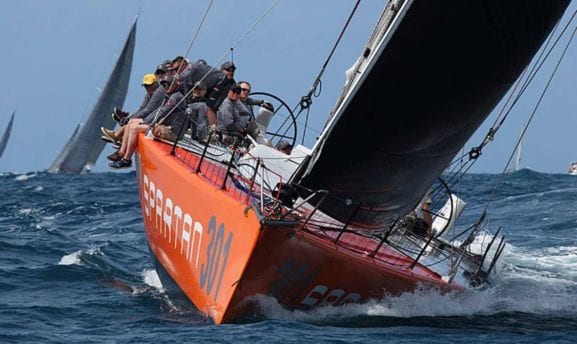